New Haw is an Academy school, and as such is a charitable company limited by guarantee.

The Governing Body work with the Headteacher and staff to decide the school's strategy for improvement so that pupils at New Haw learn most effectively and achieve the highest standards. They focus on where they can add most value, drawing on their knowledge and experience and act as a critical friend to the school, providing support, information and advice .

The Trustees have appointed a Local Governing Body to whom they have delegated the strategic leadership of the School and responsibility for meeting financial, legal and statutory requirements of the Academy. Governors ensure school improvement is central to their work and monitor progress in line with school improvement priorities. 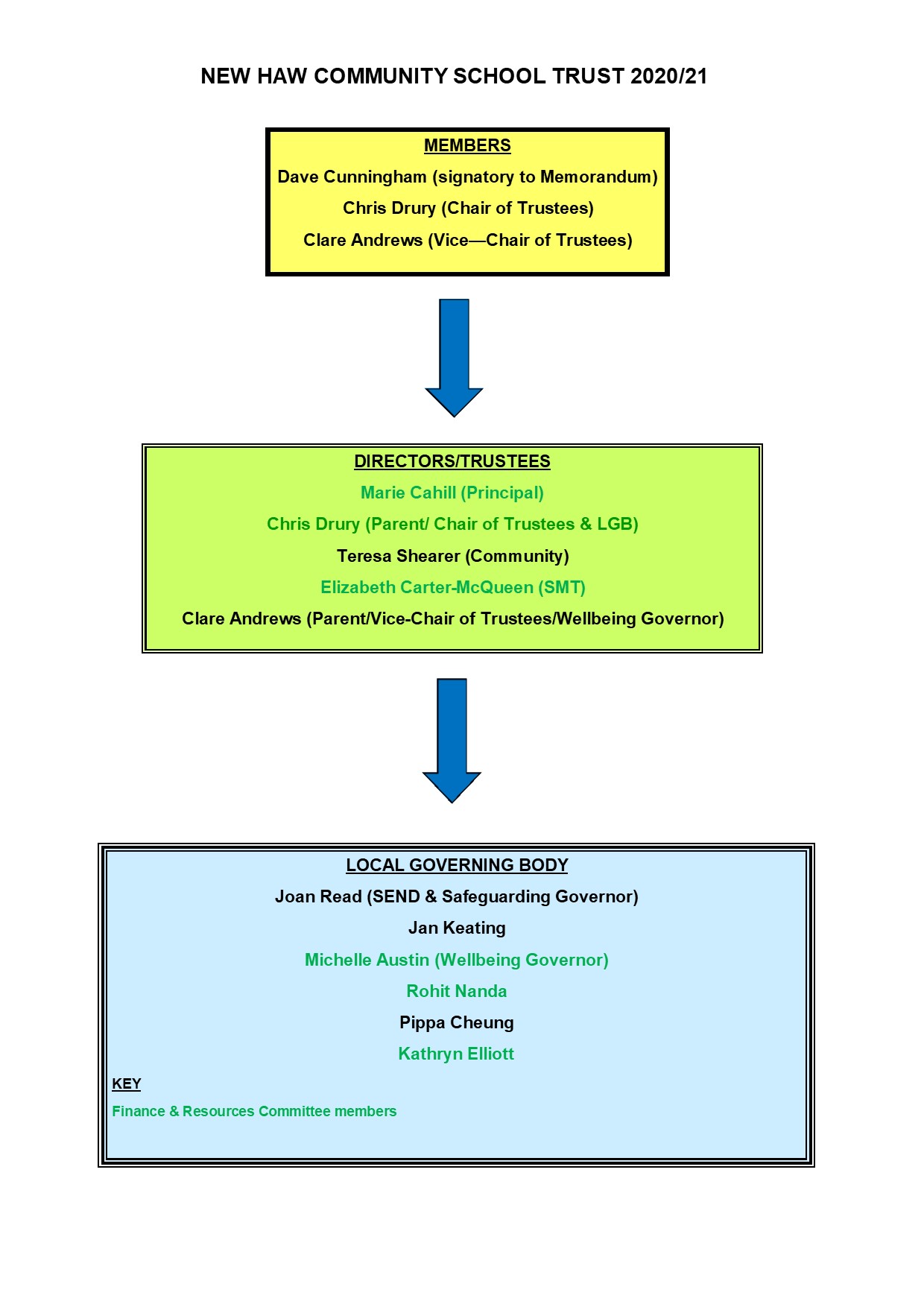 As per our Articles of Association, the Members of the Academy Trust comprise:

As per our Articles of Association, the number of Trustees shall not be less than three, but  is not subject to a maximum.  Subject to Articles 48-49, the Trustees will comprise:

The Finance and Resources Committee oversees finance, HR, premises and risk responsibilities for the trust.

The Trustees meet at least 6 times a year along with the LGB, and the committees meet as required but at least once a term.

Members of the Governing Body can be contacted through the school's Governance Professional,  Mrs Emma MacKenzie by emailing: emma.mackenzie@new-haw.surrey.sch.uk

Copies of agendas, signed copies of minutes and policies are available from  on request.

There is an induction  programme for all new Governors.